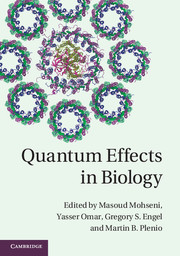 
The first scientific book on Quantum Effects in Biology has just been released by Cambridge University Press. One of the Google Quantum AI Lab researchers, Masoud Mohseni, is the lead editor. Quantum biology is a fascinating subject of both fundamental and practical relevance to quantum engineering and quantum information science, since at its core it describes the conditions under which coherent phenomena could exist and have a functional role in noisy and complex quantum systems. Here is a brief description of the book:

Quantum mechanics provides the most accurate microscopic description of the world around us, yet the interface between quantum mechanics and biology is only now being explored. This book uses a combination of experiment and theory to examine areas of biology believed to be strongly influenced by manifestly quantum phenomena. The book covers diverse subjects including coherent energy transfer in photosynthetic light harvesting, environment-assisted quantum transport, spin coherence in the avian compass, and the problem of molecular recognition in olfaction. Data, fundamental theory, experimental approaches, and the underlying design principles are described in detail for each topic as are possible directions for future research. The book is ideal for advanced undergraduate and graduate students in physics, chemistry, and biology seeking to understand the interface of quantum mechanics, quantum information, and complex biological systems.


The book is written by an internationally recognized team of scientists who are among the pioneers in this emerging field, and includes a foreword by Nobel Laureate,Tony Leggett.

Well, this is great news, owing to the prestige of Cambridge U and its Press. It seems clear enough that this publication will prove to be a watershed in the history of the field.

Let's examine the following blurb from the material quoted above:

This book uses a combination of experiment and theory to examine areas of biology believed to be strongly influenced by manifestly quantum phenomena.

Now let's recall a comment made by Freeman Dyson* in his classic article on "Field Theory" in SciAm:

There is nothing else except these [quantum] fields: the whole of the material universe is built of them.

Biological systems, including the brain, are part of the material world. It therefore follows that they just are collections of quantum fields.

Paraphrasing the first quoted comment above yields an assertion re: '[quantum fields] believed to be strongly influenced by manifestly quantum phenomena.'

Which would seem plausible.

What's required here is a change of gestalt — a paradigm shift in Kuhn's original (and much-abused) sense, found in his seminal work on The Structure of Scientific Revolutions.

* This is an essential point, stated explicitly in other places, as e.g. in the book by Hawking and Ellis on The Large Scale Structure of Space-Time.

The view of physics that is most generally accepted at the moment is that one can divide the discussion of the universe into two parts. First, there is the question of the local laws satisfied by the various physical fields. These are usually expressed in the form of differential equations.

(The second has to do with boundary conditions.) 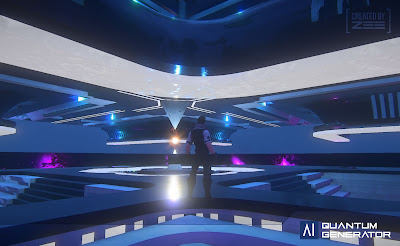 Artificial Intelligence & Quantum Computing: Utopia or Dystopia?
At the recent highly secretive Bilderberg summit held in Telfs-Buchen, Austria, one of the key subjects on the agenda was Artificial Intelligence. The key question is why are some of the most powerful global leaders in government, military, banking, media, intelligence, business, academia, and more, focussing on Artificial Intelligence, machine learning and humanoid robots? What are the consequences for humanity, our society and government policy? Will this technology revolutionise the world we live in between 2015 and 2030, and beyond? Or will it be declared as the most serious threat to the survival of the human race and ought to be heavily regulated?
Spawning Quantum Artificial Intelligence?

For the first time, clear blue water is being established between Quantum Computing (QC) and Classical Computing (CC), as QC pole vaults in performance within the domain of machine learning, a vital discipline within Artificial Intelligence. Make no mistake, this may be the beginning of the realisation of parts of the holy grail and open the way to a thousand and one mission critical applications for computers and humanoid robots that have proved illusive for decades. Machines may finally be able to do what we do, in some cases better than us and with higher levels of safety and security!