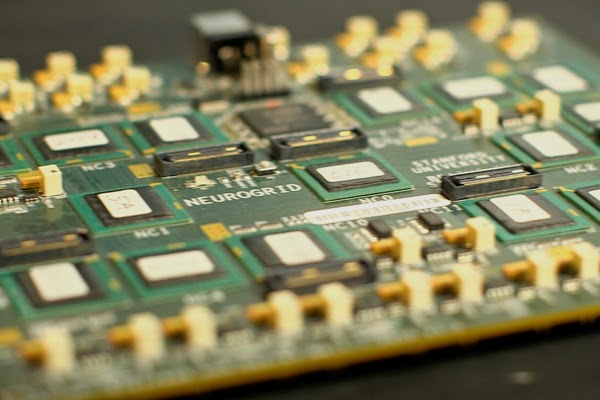 A circuit board modeled on the human brain

For all their sophistication, computers pale in comparison to the brain. The modest cortex of the mouse, for instance, operates 9,000 times faster than a personal computer simulation of its functions.

Not only is the PC slower, it takes 40,000 times more power to run, writes Kwabena Boahen, associate professor of bioengineering at Stanford, in an article for the Proceedings of the IEEE.

"From a pure energy perspective, the brain is hard to match," says Boahen, whose article surveys how "neuromorphic" researchers in the United States and Europe are using silicon and software to build electronic systems that mimic neurons and synapses.
http://stanford.io/1tZkat4
Posted by bjflanagan at 4/29/2014 08:06:00 AM No comments: